Two titans and their travelogues - The Eastern Eye: Column by Dr.Utpal K Banerjee 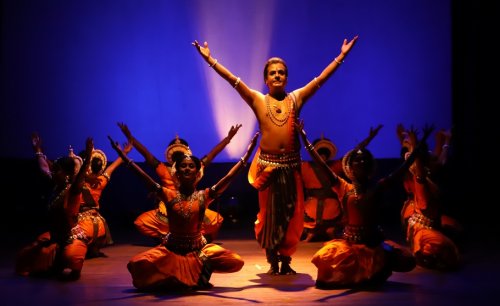 Rabindranath Tagore and Swami Vivekananda have been two illustrious icons of our land, who were born only two years apart (1861 and 1863) and both within the perimeters of north Kolkata, but they seldom met. With their ideas and ideologies, they went their own eventful sojourns through life, remaining far away from each other. While Tagore lived a long and fruitful span of eight decades, Vivekananda blazed his trail over just thirty-six years, before coming to rest his mortal remains in Kolkata, not too far from where Tagore would breathe his last. It is interesting to look at what, very broadly, they held in common in their upbringing as well as in their future world views....

Rabi Kare Bibek Jyoti (Vivekananda Illumined with Tagore's Aura) presented on January 16 by 'Srijan Chhanda' under the noted Odissi dancer Rajiv Bhattacharjee - incidentally as their first venture on proscenium stage coming out of the thralldom of covid virus- attempted to place Tagore and Vivekananda side by side.