By a happy coincidence, no sooner did Raja Rani Music Festival conclude at Bhubaneswar, then followed 5th Guru Deba Prasad Das Award Festival on 23rd and 24th January 2012, organized for the past five years by the indefatigable disciple Gajendra Panda, who carries on late Guru Deba Prasad Das’s legacy with deep sincerity.

The two day festival in memory of Guru Deba Prasad Das deserves full support from one and all lovers of tradition to keep the memory of this great guru alive. Gajendra Panda deserves congratulations for his Herculean efforts. With more attention to organizational problems, Gajendra would receive more success. His dedication is exemplary. Here’s wishing him all the best in all his endeavours.

Quotes of the Chennai season

Chennai is known as a cultural capital but the lack of infrastructure despite many articles having been featured in the media along with responses, continues to shock performing artistes in the fields of dance, music and theater. The artistes really suffer on account of these inconveniences which the general public may not be aware of. When designing a performance space, the look of the auditorium seems more important than the needs of artistes that are not taken into account. Of what use is the performance space without the work of artistes?

Read the article in the site
Posted by Narthaki Blog at 03:33 3 comments: Links to this post

Every evening started with prayers rendered in group by leading musicians including legendary Raghunath Panigrahi, and then followed solo, duet and group dances.  No dancer encroached upon next artiste’s time. A well designed, attractive program book, illustrated with photographs of participating dancers, giving credits for the musicians, rhythm, script, brief synopsis, introductions of dancers, raga and tala has made it a collector’s item. Such meticulous care places this festival in a class by itself. If I have written all this in such detail, I have done it on purpose so other festival organizers can follow suit.

Read the article in the site
Posted by Narthaki Blog at 01:17 No comments: Links to this post 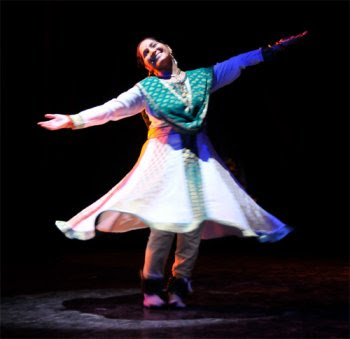 On 19th January, Sam Ved Society of Performing Arts presents the 22nd Pandit Durgalal Festival at the Nehru Centre auditorium in Mumbai. This annual program is organized by eminent dancer Uma Dogra as a mark of tribute to the great Kathak maestro Pandit Durgalal who passed away at a young age. Uma Dogra talks about her guru and her journey as a proficient Kathak dancer.

Posted by Narthaki Blog at 23:08 No comments: Links to this post

Article - An evening with the celestial enchantress - Nanditha Prabhu


Why this loud noise about being all embarrassing and open? Why no encouragement for creating rasikas, who can not only applaud their genre of dance, but also appreciate and accept other genres? It is high time that art lovers give this a serious thought and while dancers put on various costumes to enact various roles, the rasikas and art lovers should   learn to shed their prejudices and attitudes and be ready to receive. As I returned home after this special evening, I was disturbed.  I couldn’t help thinking of a rasika, Catherine, who once suggested, “If you have true passion for the art, you will find joy in dancing every day in your own garage. Why do you need big auditoriums and a hundred people to applaud?”

Read the article in the site
Posted by Narthaki Blog at 16:18 2 comments: Links to this post

This interview spotlights renowned Mohiniattam and Kathakali exponent and dance educationist Dr. Kanak Rele on the occasion of the launching of the Bharat Muni Samman on 22nd January at Kalangan of Ravindra Natya Mandir in Mumbai. The veteran dancer talks briefly about the significance of the awards and dance education in India.
How did this idea of launching the Bharat Muni Samman come about? I have been privileged to receive various awards like the Kalidas Samman in 2006 and the Padmashri and other awards. During my career, I have been interacting with lot of cultural and literary personalities concerning my research work in Mohiniattam and while writing books on dance. When I reflect back on the work, I realized that it is high time that I must contribute and express my gratitude to these veterans whom I have selected for the award.

Read the interview in the site
Posted by Narthaki Blog at 19:36 2 comments: Links to this post

Article - The Science of Tantra and the Art of Natya: A co-relative study - Dr. Padmaja Venkatesh (Suresh)

The term Tantra has a wide connotation. Originally, it must have stood for knowledge which is spread - 'Tantrayate vistāryate jnanam anena' – i.e. by which knowledge is spread or developed. A Tantra Sāstra paradigm (Nātya can also be called as one such paradigm) exemplifies conception of supreme personality of God, the dual aspect when God himself becomes the Universe beyond Purusa and Prakriti - the complete, whole, an undivided 'one'.

Siva promulgates his teaching in the world below in the Tantrās which exist in the form of dialogues between Devatā and his Sakti, the Devi in her form as Parvati. Siva and Uma are again attributed with creation of Nātya at the behest of Brahma who appealed on behalf of the Gods. What is that element, that essence or that principle that connects ONE to the dance, connects dance to LIFE, connects one to audiences, crossing all barriers? Is it the body owning a spirit, that is wanting to express something or is it the spirit that has manifested into this form in order to express? One realizes through this journey that although one may not believe in the Gods which are unique to the various religions, one cannot disagree with what is believed to be the good, positive energy and the presence of consciousness, all these being ‘universals.’ How has the dance started, its infinite quality, its correlation with Indian philosophy, the Tāntrik and Vedic aspects, the symbolic representation of rituals and worship?

Read the article in the site
Posted by Narthaki Blog at 17:08 No comments: Links to this post 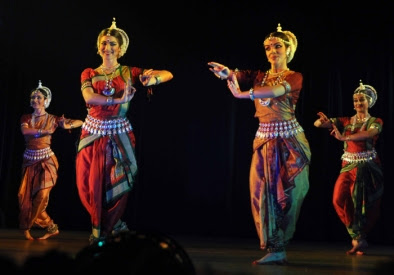 Odissi International 2011 with its 2nd edition, started in 2010 by Shyamhari Chakra, Kedar Mishra and Ramhari Das with their personal voluntary contributions and later on supported by Indian Council for Cultural Relations (ICCR) and few patrons, and  well wishers has generated tremendous enthusiasm amongst Indian and international community of Odissi dancers. Being journalists and critics, they have succeeded with their enthusiasm to foster such wonderful spirit.

This festival preceded the 4th edition of International Odissi Dance Festival 2011 organized by Indian Performing Arts Promotion (IPAP), Washington DC, in collaboration with Govt. of India, Dept of Tourism, Govt. of Orissa, Kelucharan Mohapatra Odissi Research Centre, Indian Council for Cultural Relations (ICCR) and various other sponsors, and the event of Odissi staging for world record in Guinness Book. Like last year, I was fortunate to be invited this year.

Read article in the site
Posted by Narthaki Blog at 05:25 No comments: Links to this post

Obit/Tribute - KJ Sarasa: The first light that led me to the Attic - Swarnamalya Ganesh 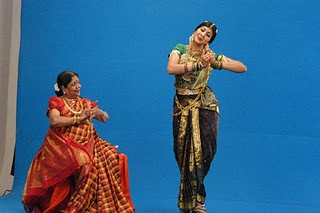 I have so much more to say but can’t put down over 2 decades of very eventful years here at once. I feel it is only divine ordain that I had the opportunity to learn from such a great guru.  She was a pioneer and a leader, not only to women nattuvanar lineage but to the gender at large. I would like to believe that I have imbibed in me not only dance, music and teaching from her but also her strong personality and ability to face challenges and emerge a winner.

On January 2, 2012, my guru, my guiding light, my mentor, Sarasa ma attained the lotus feet of the Lord. I was there all day with her, hoping she would wake up and call me “Swarna…inga vaa paa.” She didn’t. It seems she has fulfilled all that she was born to do. She has been a good daughter, and a great sister who took care of the entire family. She was a student par excellence, a shadow like follower of Vazhuvoor Ramaiah Pillai, a very devoted mother to her sister’s daughters. But above all of, she was the greatest teacher. She imparted dance, music and values to her disciples as if it were the very air we breathe. I will always miss you, my dear Sarasa ma, Sarasa teacher. I know that you will always look upon me with affection and protective motherly care and bless me, like you always have.
Read the tribute in the site
Posted by Narthaki Blog at 09:46 3 comments: Links to this post