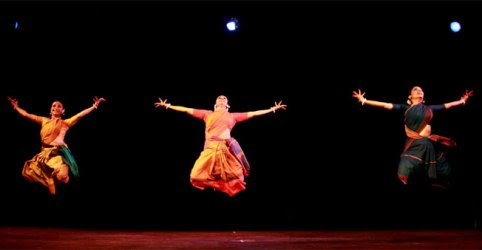 On 18th August, on the occasion of the 15th death anniversary of Protima Bedi, Nrityagram decided to celebrate her memories by showcasing the trainees from tiny tots to those in range of 15 years and above and the finale with three major leading dancers Surupa Sen, Bijayini Satpathy and Pavithra Reddy. “It was Gaurima’s (Protima) wish that if she is no more, her departure must not be of mourning, but laughter, fun, joy, celebration,” said Surupa Sen, the senior most dancer at Nrityagram in charge of training along with Bijayini Satpathy (they have been at Nrityagram for the  past 25 and 20 years respectively), including Pavithra  Reddy. This year on Protima’s death anniversary, it was decided to invite a few friends and well wishers of Protima and Nrityagram, to hold an ‘annual day’ at Seva Sadan in Bangalore.

Read the review in the site
Posted by Narthaki Blog at 20:26 No comments: Links to this post 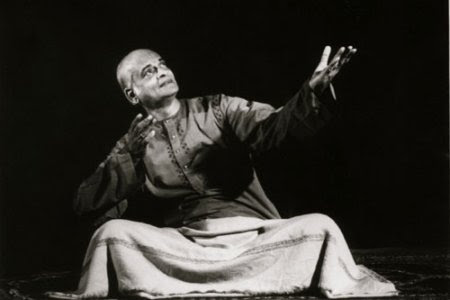 Kathak dancer Shama Bhate, director of Nad Roop institution, Pune, in collaboration with Maharashtra Cultural Centre held on 12th and 13th August, three sessions per day on the life and times of the celebrated Kathak guru and exponent Mohanrao Kallianpurkar at Jyotsna Bhole Sabhagriha from 9.30am till 9pm, with speakers reminiscing about Mohanrao’s  career and contribution.

‘Master of Arts: A life in dance’ by author Tulsi Badrinath was released in Delhi on April 24, 2013. In chapter 19 on page 99, Bharatanatyam dancer Charles Ma of Bangalore has commented that “In Bangalore, there are no good gurus. Everything is in bits and pieces in Bangalore.”
This caused varied reactions in Bangalore and outraged dance teachers and dancers. Arts consultant Usha RK penned her thoughts in her blog on August 14, 2013.
http://withinandout.wordpress.com/2013/08/14/master-in-arts-now-its-not-master-in-arts-or-is-it/
Charles Ma discontinued his Facebook account, and then issued a public apology on Facebook via Usha RK on August 15, 2013 that is reproduced.

Read the article in the site
Posted by Narthaki Blog at 20:42 6 comments: Links to this post 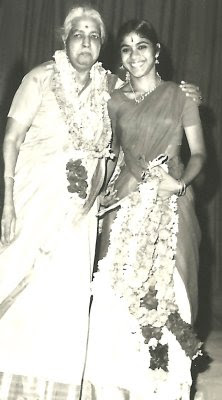 I am a Bharatanatyam and Kuchipudi dancer, a recipient of a tradition of centuries, a recipient not just of the dance form but of its attendant psychological, social, philosophical, sociological, metaphysical and esoteric constructs. Such constructs can loosely be called tradition. Along with other artistes, I am given the responsibility by virtue of my years of learning, to learn, imbibe and carry forward a tradition of a particular style of performing art. We artistes thereby become dynamic links between centuries, between eras, and between ideas. This onerous responsibility sits heavily upon the shoulders of each and every serious artiste. I am part of that flowing river called tradition, a perennial river, meandering, striking new courses, accepting new temples and new pilgrims, supporting old rituals on its path to the sea.

My passion for dance began early in life – a chance meeting at the Subramanyam temple in Secunderabad when I was 4 years old – a comment that “this child’s eyes are large, you must teach her dance” saw my mother Subhashini Shankar (herself a musician and violinist) enroll me with guru Sharada Keshava Rao. My initial years also saw me training with guru KN Pakkiriswamy Pillai (brother of guru KN Dandayuthapani Pillai) who then taught in Hyderabad.

My dance training continued in Hyderabad until the summer of 1973, when a mother and her very young daughter, wended their way nervously into the courtyard of a building in Chennai. They waited outside the office, after having sent in a message, eagerly waiting to be called in. But they were not summoned inside. Instead, the very person they wanted to see came out to greet them. The lady was none other than Rukmini Devi Arundale, the Director of Kalakshetra (Athai). The young girl was me, and with me was my mother. After the traditional namaskaram (bowing low) I remember asking her to bless me to be like her someday. “No, no, I bless you to be greater than me,” said the beautiful lady, swathed in a maroon silk saree, with her freshly washed hair falling down on her shoulders.

Read the article in the site
Posted by Narthaki Blog at 01:20 4 comments: Links to this post 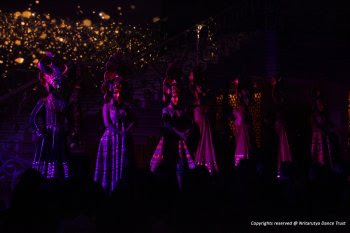 Choreographers are people of such imagination and vision. Each creator’s drive, concerns vary from each other and from time to time. Inspired by personal, creative, intuitive, technical input each composition takes shape. I for one aspire to reach a realm where I can create and watch my own ‘unforgettable extraordinary theatrical experience.’ And this target set the backdrop for my next - a surreal masked entity. When you start a new piece of creation, you address several questions looking for fitting answers. In the end, I’m not sure if the questions are answered but it definitely leaves you with the next set of questions to respond.

The piece had larger than life Kathakali inspired fluorescent masks to adorn and dance with. So, the dancers had to absorb two processes: with and without the mask.

Posted by Narthaki Blog at 17:52 No comments: Links to this post

There is a lot to speak of Shiva.  Indian dance, Bharatanatyam in particular, is so completely intertwined with Shiva and his monumental mythology.  I have been watching Sivam, the Tamil version of the Hindi serial Devon ke Dev Mahadev. A marvel of the myriad Shiva myths, it has been produced with devotion indeed! And then... I wonder... Are dancers watching this? I hope they are.  However, I have some reservations about them seeing this serial. Why, the reader might ask. The answer is simple. I am wary of young dancers who are clever and eager to do many new things, assimilating all ideas and pouring it all out in their dance rather indiscriminately as a dramatic narrative.