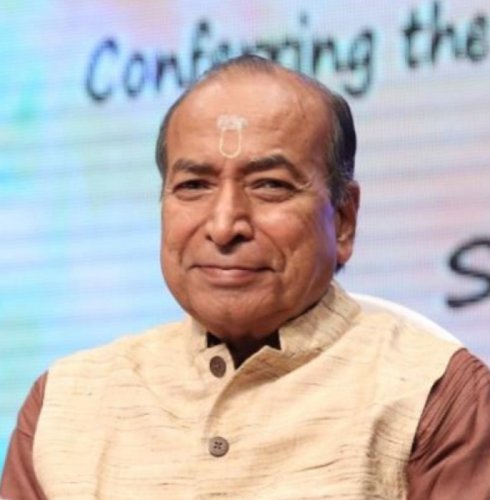 V.S. Amarnath Sury, hon Secretary of Shanmukhananda Fine Arts and Sangeetha Sabha, left for his heavenly abode on 2nd April 2021, after a long battle of ill health; he was regularly going through dialysis. He was 79 and leaves behind his wife, daughter and son.Amarnath Sury was born on November 3,1941 and is the grandson of Umayalpuram Krishna Bhagawathar, the direct disciple of saint Tygaraja. In a career spanning four decades in Gem and Jewelry trade, he was associated with the Gem and Jewelry Council of India (1979 -2003) as its executive director; after retirement he continued as the advisor. From 2006-2017 he was General manager of Diamond India Ltd.
Read more in the site