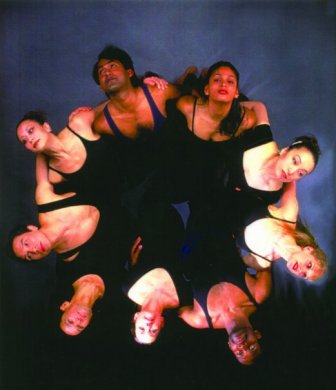 INSPIRATIONMANDALA X / CREATION: A DANCE ORATORIO was inspired by "The Hymn of Creation", a 3,000-year-old Sanskrit hymn from the Rig Veda. One of the first known speculations on the origins of the universe - considered the oldest statement of philosophic doubt in world literature - "The Hymn of Creation" reverberates with eternal questions which have intrigued humankind.In 1976, my father's friend Dr. Mary Blade gave me the book Hymns from the Rig-Veda, translated by Jean Le Mee, published by A.Knopf in 1975, with photographs by Ingbert Gruttner. This gift started me on a choreographic journey, culminating twenty years later in the production MANDALA X - CREATION - A Dance Oratorio, which premiered on the Vernal Equinox, 20 March 1997.
Read more in the site
Pl provide your name and email id along with your comment
Posted by Narthaki Blog at 19:37