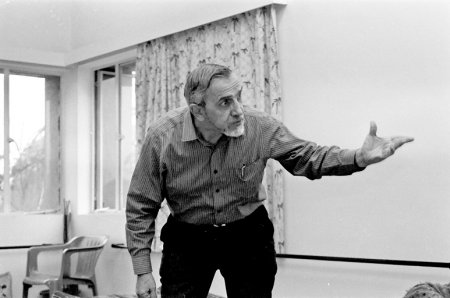 It was during the year 1954 that my late dear painter friend Bhupen Khakhar and I were attending a series of lectures by Ebrahim Alkazi at Bhulabhai Memorial Institute on Warden Road (later on it was renamed as Bhulabhai Desai Road). It was a cultural hub, a meeting place for painters, musicians, photographers, theatre directors, actors, and dancers. Soli Batliwala was the trustee of the Institute along with Madhuri Desai, widow of Bhulabhai Desai.

Alkazi saab was speaking on the Blue and Rose period of world renowned painter Picasso. In front row was seated Vanaraj Bhatia, the celebrated musician whose knowledge of Western classical music was the talk of the town. Many years later he composed music for our painter, poet friend Gulam Mohammad Sheikh on his poems on Jaisalmer. It was fascinating to see the colour slides which Alkazi saab was screening for his lectures. His love for painting made the lectures most enlightening. He had studied painting and also drew sketches in ink and also few oil paintings.
Read more in the site
Posted by Narthaki Blog at 23:08