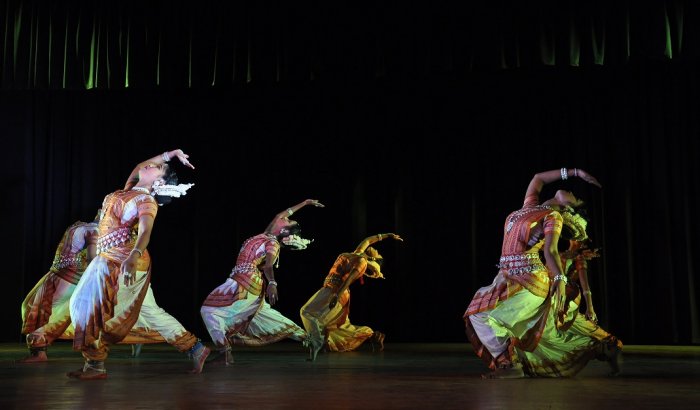 Ileana Citaristi, the celebrated Odissi dancer in India today, did not have it all laid down for her on a silver platter. Born and brought up in Italy, she had imbibed the best of her culture and acquired performing arts skills, including an exemplary grooming in contemporary theatre from the Polish maestro Jerzy Grotowski (1933-1999), an innovative theatre director and theorist whose approaches to acting, training and theatrical production have significantly influenced theatre today. In June 1979, having decided to come to India by land route from Europe, Ileana did not have it all hunky dory. Roughing it out over a perilous journey, when she finally arrived here to learn dance, the sub-continent was not exactly ready for her with welcoming arms. This critic was acutely aware of her arduous situation at that time when she had huge problems in eking out even a decent, daily living.

Having roughed it out over four long decades and having simultaneously learnt her art and craft in Odissi and Chhau from the very best of gurus, she had stuck to her steely resolve to settle in India and become a really good performer, choreographer, teacher and scholar. If today she has an idyllic cottage for living, practising and teaching in Bhubaneswar near Lingaraja temple - where, among other things, she is able to offer an excellent fare of lec-dem to interested foreign visitors every year under the aegis of Odisha tourism - it goes to her immense credit to have come this far. Additionally, she has put in a credible effort in innovating new quality of choreographic content year after year and have them showcased with her students, besides writing her academic tomes. No wonder she has earned accolades.

In the online 16TH SANGAM FESTIVAL held from November 7 to 9, Ileana presented a mix of four hardy favourites resurrected from earlier years, with three new items.