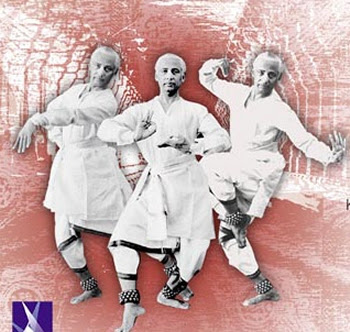 “The King is gone, long live the King!” – this famed proclamation is what bursts forth in my thought when I think of my guru Vempati Chinna Satyam.  And that he was!  A monarch of unparalleled distinction!  He has not only created a global empire for Kuchipudi but has also diligently trained thousands of dancers, both male and female, as heirs to carry on the legacy, many of whom are leading performers and teachers in the field of Kuchipudi today. That makes him both a king and a king-maker.

It is ironic that he was named “Chinna” Satyam for there was nothing little or small about him, from his stately physical stature to his colossal accomplishments.  Many of his choreographies including the famed “puja dance” created as a tribute to Siddhendra Yogi have become staple of most Kuchipudi dancers today. A dreamer, an innovator, a visionary and a meticulous artist, he embodied both majesty and humility through his persona.  Here I share few of my teenage recollections of Vempati master and my training days at his famed Kuchipudi Arts Academy, Chennai.

Read the tribute in the site
Posted by Narthaki Blog at 19:40